Failure to Remain at the Scene of an Accident

Failure to Remain at the Scene of an Accident in Ottawa 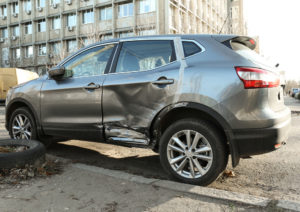 Did you know that if you fail to remain at the scene of an accident in Ontario you may be dealing with more than just a traffic ticket?

These charges can lead to harsh consequences for a decision made in the heat of the moment.  Your actions after an accident can result in a permanent criminal record as well as driving penalties, fines, and even possible jail time.

It is, therefore, important to understand the nature and consequences of a “hit and run” (as it’s commonly known) and to start working on your defence if you are charged.

Is it always a criminal offence to fail to remain at the scene of an accident?

In a motor vehicle accident involving a single vehicle, you are not required to remain at the scene unless a passenger is injured.

The Criminal Code of Canada states that a driver must remain at the scene if another person or vehicle was involved in the accident.

What information must be provided to the other party?

If you are involved in an accident with another party, you must provide your name and address to that party at the scene of the accident.

The other party must be able to use that information to pursue criminal or civil action against you if required.

Can I ask someone else to pass on my details?

According to the Criminal Code, the obligation to pass personal information (name and address) and provide assistance to the other party rests with the person involved in the accident, who must remain at the scene.

This responsibility cannot be passed to a passenger or other party at the scene without a valid reason (such as a medical emergency requiring you to leave the scene).

Can I leave the scene briefly and return?

If there is a valid reason for you to briefly leave the scene of the accident (e.g. to get assistance) and then return, it would be up to the court to decide whether your actions are lawful.

What if there is nobody in the other vehicle?

If there is nobody in the other vehicle, you are still required to stop and make efforts to pass on your personal information (e.g. with a note or by trying to track down the other driver).

What if there are no injuries and no damage to vehicles?

You are still required to stop and provide necessary assistance at an accident, even if there is no physical damage to vehicles or injury caused to another person.

If I am not aware of an accident, am I breaking the law by leaving the scene?

You only have the responsibility to stop and provide information and assistance if you are aware that an accident has occurred.

A driver may have no idea that another vehicle or person was stuck. This is possible. No “failure to remain” or “failure to stop” conviction can generally result unless the actions were reckless.

What must be proven to achieve a failure to remain conviction?

If you are charged with failing to stop at the scene of an accident, the prosecution will need to prove beyond a reasonable doubt that:

What are the penalties for failure to remain?

If you are convicted of failing to remain at the scene of an accident, you will face both criminal penalties and driving penalties.

So-called “hit and run” cases have varying degrees of severity and will be treated on a case-by-case basis by the Ontario courts.

Depending on the precise circumstances of the incident and your criminal record, you may face jail time of up to five years and significant fines, as well as a lengthy suspension of your driver’s licence.

Longer-term, even if you escape jail time, your conviction will appear on your criminal record for the rest of your life. This can affect employment, education, housing, and so on. Depending upon the circumstances, the police can charge you for “failure to stop” under the federal Criminal Code or “fail to remain” under the provincial Highway Traffic Act.

To be charged under the Highway Traffic Act, the offence must occur on the roadway, as opposed to the Criminal Code, where the offence can happen anywhere.

Unlike with the Criminal Code, no intent is required to charge and convict you under the Highway Traffic Act.

Generally, a charge under the Criminal Code will only be pursued in the case of a serious accident – but you can still be charged under the Highway Traffic Act for failing to remain at the scene of a minor accident.

The respective penalties are as follows:

Fail to remain under the Highway Traffic Act:

Failure to stop under the Criminal Code:

As you can see, both offences are serious matters that may affect your freedom, your right to drive, and your livelihood.

It is important to speak with a qualified and experienced defense lawyer as soon as possible if you are charged with failure to remain or failure to stop.