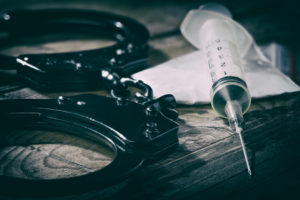 You are probably already aware that charges for drug possession, production, and trafficking in Ontario carry serious consequences.

But did you know that some drug charges carry mandatory minimum sentences?

This means that, regardless of the circumstances, if you are convicted of the offence, the judge will be compelled to impose a jail sentence.

Since the passing of the Safe Streets & Communities Act in 2012, mandatory minimum penalties have applied to the following serious drug offences in Canada:

A seasoned drug charge lawyer may be able to present a strong defence and help you escape a conviction.

However, it’s important to understand the potential consequences if you are arrested and charged with a serious drug crime.

When do mandatory minimum sentences apply for drug charges?

Mandatory minimum sentences apply when there are “aggravating” circumstances for serious drug charges in Ontario.

In the Controlled Drugs and Substances Act (CDSA) these aggravating factors are subdivided into three different categories, as follows:

The aggravating factors include offences committed:

The aggravating factors include offences committed:

Are there mandatory penalties for drug possession?

For simple possession of a controlled substance, no mandatory sentences apply in Ontario.

The severity of the penalty you will receive for a drug possession conviction depends on two main factors:

According to the CDSA, sample penalties include the following:

However, the following types of possession do attract mandatory minimum sentencing penalties:

Depending on the aggravating factor (see Schedules A and B above), the mandatory minimum sentence for these offences is either one or two years in jail.

What are the penalties for drug trafficking?

For some serious drug offences, mandatory minimum penalties apply regardless of whether or not an aggravating factor is present.

Standard penalties for drug trafficking (with no aggravating factors present) include:

If any of the aggravating factors outlined in Appendices A and B, or certain health and safety factors are present, mandatory minimum sentencing penalties will apply for drug trafficking offences – either one or two years in prison.

What’s the difference between possession and possession for the purpose of trafficking?

To be convicted of drug possession for the purpose of trafficking, the prosecution must prove that the substance found was illegal, that you were in possession of it, AND that you had the intention to sell (or give) it to other people.

A simple possession charge has no element of intention to sell the substance. Usually, in drug trafficking charges, a large quantity of drugs is involved but this alone is not enough to convict you of possession for the purpose of trafficking.

Can you be convicted of drug possession even if it was not on your person?

In legal terms, constructive possession means that you had both knowledge and control over the controlled substance.

This could mean that you can be charged and convicted of possession even if you did not have physical possession of the drugs if other available evidence can prove that you knew about it and were in control of it.

What if the police searched me illegally?

Drug charges are frequently dropped not because of doubt over possession of the drugs but because of the way in which evidence was obtained by law enforcement.

There are strict search and seizure laws in Canada that are part of every citizen’s Charter Rights. If these are violated, evidence may be declared inadmissible.

For this reason, many drug-related cases never make it to trial. So, even if the evidence against you is overwhelming, you should seek legal guidance immediately.

If you are facing a drug charge, call 613-223-4089 to speak to one of our lawyers and arrange a free case evaluation.